As previously mentioned, Parish Councillor Michael Ward was engaged in the monumental task of riding 4000 miles around the Isle of Wight to raise £4000 for Mountbatten Hospice. Cllr Ward has now been successful in passing the 4000 miles and can have a well deserved rest. 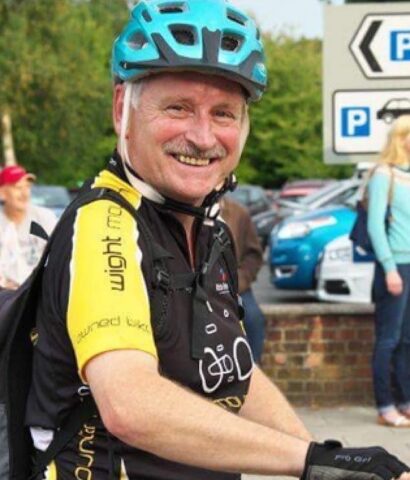 In a welcome boost for Mountbatten Hospice, Cllr Ward was actually able to raise £8000 – double his target! As can be seen ins these photographs, last week, he met with Nigel Hartley, Chief Executive of Mountbatten Hospice and handed over the cheque for £8000. Please feel free to put your feet up for a while Mike! 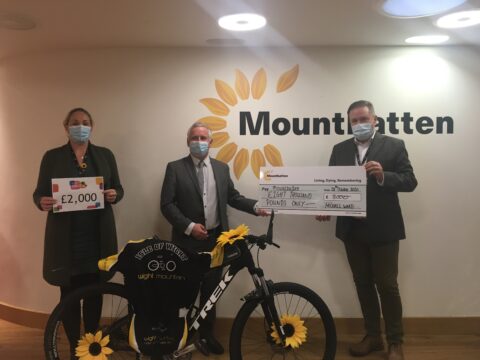 UPDATE – January 2021 – We can now confirm that Cllr Ward raised £8500.55 (Including Gift Aid) – Much needed funding in very difficult times.